IMPERIAL is a band like no other : born in 1992 and a part of Osmose Productions’ roster at the end of the ninetines, the French band formed by Skrow (bass/vocals) and Qojau (guitars) cultivates its difference : their lyrics are mostly sung in French and are full of black humour, the drums are very often electronic, the band didn’t record in a trendy 48-tracks recording facility and they don’t even want to create a buzz on the Internet.

However, IMPERIAL excels in creating a bleak, dirty and post-apocalyptic atmosphere with its punk-fueled black/thrash metal. The lyrics, dealing with the darkest aspects of human nature, help create in the mind of the listener a gloomy and cyberpunk aural landscape that reeks of perdition, dirt, faeces, death and madness.

IMPERIAL is not a band to deny itself. On « Chaos » there is no female singer, no keyboards and no useless guitar shreds : efficiency is the word ! With riffs that could have been written by DESTRUCTION or KREATOR back in 1985 and raspy vocals, IMPERIAL carves its way into the listener’s ears with a rusted, shit-stained switchblade knife.

This recording, originally released on cassette tape a couple of years ago, is now resurfacing on a new medium thanks to TRIUMPH OV DEATH who pressed 500 copies in collaboration with Paris’ OPN Records.

Those who thought IMPERIAL was dead should start worrying : these two maniacs will hunt them down and « Tu vas crever » will be the soundtrack to their funeral…

Available 10€ postpaid for France, and 12€ anywhere else on this fucken cancerous planet. Order here. 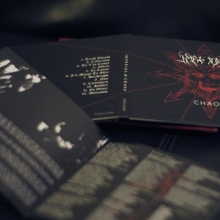 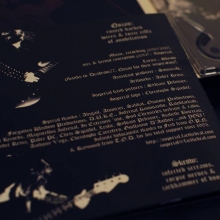 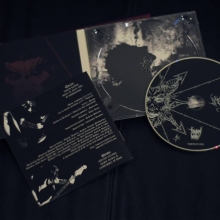